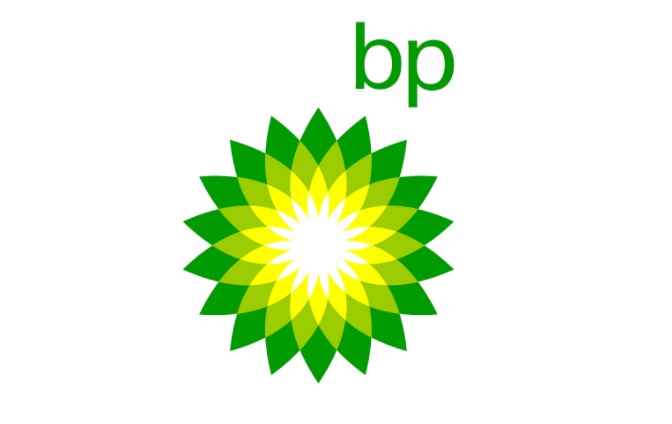 BP originated in Britain in the early 20th century, and has since shifted its efforts worldwide from being a primarily oil and gas company to a cleaner energy company. After BP’s creation of their sustainability report in 2020, the CEO realized that creating a report is not enough, rather, acting in favor of this report is just as important. Overall, this company was given a total rating of 0.50 planets because BP has done a good job at remaining transparent and being careful with the companies they support, but falls short on promoting sustainability within their physical office space and still has a long way to go to achieve their goal for a net-zero company.

BP is a supermajor international oil and gas company with 70 office locations across 44 different countries with thousands of retail stations around the world. In the United States, currently, BP has four drilling rigs within the Gulf of Mexico: Atlantis, Mad Dog, Na Kika, and Thunder Horse. Since 2015, the BPX Energy sector of BP has created an onshore business for extraction of oil and gas under American shale assets in Colorado and Texas. While extracting oil and gas on shore, BP says that they intend to take measures to reduce emissions, such as implementing “green completion” technology on its wells to minimize greenhouse gas emissions. Even though BP drills for resources globally, for consumers in the United States to receive their gas and oil from close to home means that the environmental impact of transporting those resources is less than international transportation. Furthermore, In the United States, there are 9 wind energy sites in 8 states and 3 offices, the US headquarters in Houston and 2 other locations in Chicago and Denver.

In 2020, BP created a sustainability report that laid out the company's shift in focus to becoming an integrated energy company that will provide clean, reliable, and affordable energy. The report defines 20 aims that will guide the company through achieving net-zero emissions by 2050 or sooner, aligning with the Paris Agreement goals of limiting global warming by 1.5°C. BP is also in support of transparency especially on lobbying and advocacy. However, there have been some learning curves on BP’s part that will be discussed further.

While BP is promoting a net-zero future for its company, there is no information on whether BP’s offices are even LEED certified. A LEED certified building means that the building design took an approach that takes into account economic, social, and environmental factors that will promote a greener future. BP is doing a good job at trying to reallocate their resources to support this recent sustainability report; however, BP still has a lot of growing to do and needs to regain trust from society.

This section deserves a rating of 0.50 planets because their sustainability report was curated very recently and, given that BP is primarily an oil and gas company, they are still contributing to the problem of increasing greenhouse gas emissions.

In 2019, BP released a “Possibilities Everywhere” global campaign that promoted the company’s focus on its solar and wind energy projects, even though the company was spending 96% of their money on fossil fuels. After being sued by ClientEarth for claiming that the company's focus was on clean energy investments and accused of greenwashing, BP took the advertisement down and acknowledged that it was not in line with their goal to promote a net-zero company. While releasing this campaign was wrong on BP’s part, the ability for the company to own up to what they did is honorable, but this event still should not have occurred in the first place. BP should focus their efforts on acting on the promises they made in the sustainability report, rather than false marketing.

Generally speaking, fossil fuel companies produce a lot of greenhouse gas emissions, like carbon dioxide, that harm the environment. When there is an influx of carbon dioxide in the atmosphere, there is more radiation being absorbed so the Earth will eventually experience a warmer climate. Everyday that BP continues to extract oil and gas, greenhouse gas emissions continue to be released into the atmosphere and, thus, contribute to climate change.

BP is notorious for the oil spill in 2010 when close to 200 million gallons leaked out of the Deepwater Horizon rig in the Gulf of Mexico, the largest environmental catastrophe to have occurred in America. This event altered marine life in the surrounding waters, but BP agreed to pay around $13 billion toward restoration and research around this area as well as $20 million in damages.

Given BP’s part in the oil spill as well as this recent marketing stunt, BP is always under public scrutiny. Now the company is trying to get ahead of even more potential problems. In 2020, CEO Bernard Looney announced that BP pulled out of 3 of the 30 lobbying groups that did not align with BP’s 20 aims stated in their sustainability report. Western Energy Alliance did not align with the federal regulation of methane in the US and Western States Petroleum Association and American Fuel and Petrochemical Manufacturers both did not align with carbon pricing. Furthermore, within the sustainability report, Aims 6, 8, and 9 all relate to BPs work with these groups - specifically Aim 6 which advocates for policies that support carbon pricings that will lead to the net zero goal. There are five groups that BP is partially aligned with, one being the American Petroleum Institute (API). In an interview with CNN’s Christiane Amanpour, Looney stated that while API does not align with BP’s ambition to support electrical vehicles, API is developing safety standards in their company.

This section deserves a rating of 0.75 planets because while BP has made mistakes in campaigns and lobbying groups, BP is dedicated to remaining transparent about decisions that align with their sustainability report.

The face of the company, CEO Bernard Looney, began his role in February 2020 and really advocated for a transition into reimagining the oil and gas industry and integrating clean energy. EVP Guilia Chierchia works closely with Looney in establishing sustainability within the company. Both Looney and Chierchia take into account the Paris Agreement and climate science while thinking about which sustainable decisions are best for the company. Although the company website says that they want to incorporate training to help their employees become more integrated, agile, and future-focused, there is no information on their training regarding sustainability.

As many employees in BP work on site at drilling rigs, their safety is imperative. Employee safety is managed under the Operating Management System. Since the recent death of an employee in Indonesia caused by contracting COVID-19 on site, BP rolled out the International Association of Oil & Gas Producers Life Saving Rules. Recordable injury frequency of employees have decreased by 46% since 2015, indicating that BP is taking safety measures seriously. Also, five of the Aims, Aim’s 11-15, in the sustainability report are dedicated to improving people’s lives.

This section deserves a rating of 0.25 planets because there is little information on the company website on how seriously employees are taking the company’s shift to cleaner energy, but the fact that BP accounted for people in the sustainability report indicates that in the upcoming years, sustainability will become more integrated into the company’s culture.