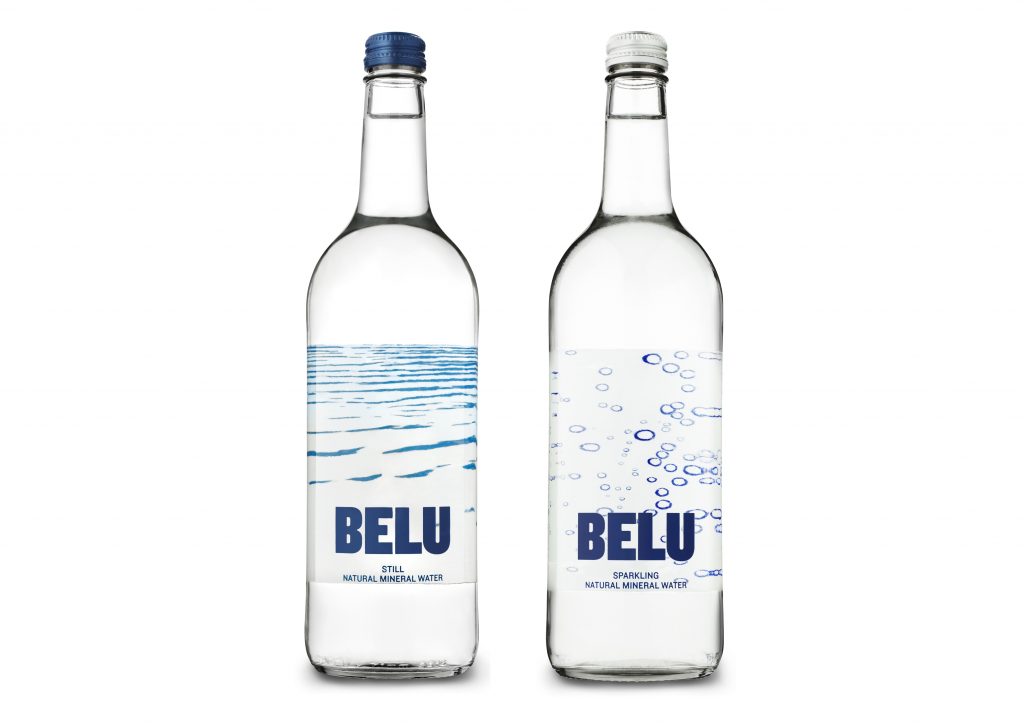 Belu is a wholesale bottled water distributor, claiming to “put people and the environment first”. They sell bottled water and drinks in addition to water filtration systems. The focus on their sourcing and material production has been presented as sustainable due to the local sourcing and usage of recycled materials.

Their actions have been connected to SDG 6, 12 and 13, aiming to raise awareness of better practices of water production in opposition to the harms that the plastic bottle industry causes through the wastage of material, non-biodegradable nature and reliance on international trade cycles. The solution is taken from a start in the local sense by sourcing all the materials in the UK and bottling at Churchstoke, Powys, Wales utilising natural resources rather than importing.

The different products have different percentages of recycled material but aim to be utilised in a circular economy or closed-loop nature of consumption and production by only using glass, aluminium and minimal plastic (design label) which can be recycled again. This helps avoid more wastage.

However, the societal concerns of the brand are limited in transparency due to a focus on only putting its profits into charitable organisations for the less advantaged society but reveals nothing about the social ethics of its production cycle. This requires consumers to put pressure on the company to further its transparency past the release of just impact reports to include a focus on the workers involved in the production.

Claiming to be made of “ethical glass” in the UK with a slim design and an aluminium bottle cap, this bottled water company tries to uniquely focus on promoting sustainability in its products and brand identity. The plastic sticker on the bottle is excluded from much mention in the production cycle, creating some limitation in the brand’s transparency. The aluminium is made from 100% recycled material, with material choice done through the ability of recycling the products.

This particular product is made of minimum 40% recycled material for the glass according to the website, which is not as much as the product’s promotion might make it seem. However, this is claimed to be due to the nature of the clear glass and alternative products on their site do promote higher levels of recycled material. The use of glass is better than the common alternative of single-use plastic bottles due to the more recyclable or biodegradable nature. However, during the production of glass bottles it requires high temperature smelting of sulphur dioxide, causing the release of this gas and the additional downside of the release of carbon dioxide from the fuel source that might be used for this. Therefore, this contributes to ghg release. However, the high energy consumption for the production of glass bottles has been considered a worse alternative to plastic bottles in some cases, due to the use of more raw materials, high fuel usage for melting and the resultant emissions from this process. Meanwhile, plastic bottles are lighter, making transport simpler and lower temperatures for material melting but have worse long-term environmental impacts such as the inability to recycle them and the health hazard of microplastics. In response to this issue, the brand has been recognised for producing the first “100% recycled” plastic bottle, showing the action taken to address the limitations of the materials.

The site of the material production is not publicised but is within the UK, avoiding exported labour. The impact report from 2020 details an awareness of the downsides of emissions from the production by stating the reduction in carbon intensity of products and production by 34% in the previous year, altering their actions with awareness of the harms. Additionally, they claim to carbon offset their productions while also specifying that the mainstream idea of tree planting for this is a flawed method and focus on emission limitation at the source. The profit reinvestment goes towards increased global water access as well as reducing carbon emissions and perpetuating a circular economy.

Despite some flaws in the materials used for the product, it works as a better alternative and solution to avoid the mainstream long-term environmental damage by plastic water bottles. The profit reinvestment shows the brands efforts to focus on its material harm. However, a better choice of material such as green glass which can be more recycled might be recommendable to the brand due to the availability of materials that are more of an environmental improvement.

The company works to focus on local sourcing of the material and the product, avoiding virtual water and larger ghg emissions from longer transportations. Therefore, the use of local labour for this work is also more beneficial due to the avoidance of exploitative exported labour since the bottling is done in Wales itself, near the sourcing site. The material’s recycled and recyclable properties display the consciousness for the circular economy incorporation in their work.

The bottles are also made to be lightweight in design, enabling lighter and fewer vans required to transport the product, thereby reducing the ghg emissions from this. This is also a better option due to the shorter distance travelled for distributing and sourcing the product.

The water is sourced in Churchstoke from spring water, a heavily protected area where multiple other bottling companies source their water in the UK. There is a lack of media coverage on how exploitative this method is but since it is a natural source and not a mainstream distributor, the natural replenishment could keep the stream at sustainable levels.

The brand does not specify those who are involved in the labour of bottling and sourcing the water, failing to incorporate this ethical concern in their impact reports or transparent actions. Therefore, this could hide unfair wages or practices but it could be assumed that it would be better than overseas sweatshop-style manual labour. This is a major issue that consumers need to raise awareness of and the need for the company to focus more on its people during the production chain rather than those impacted on either end of the product cycle.

The team itself utilises partnership with small businesses and acts as a small team of 11 people. This helps to empower and support other businesses at the same time, utilising unity and community to build a better market.

The investment of profit goes towards WaterAid, a well recognised international charity. The aim of this profit reinvestment goes towards helping the regions disparately affected, recognising the unequal global resource distribution. Despite the possibility of profit decrease, they commit to a minimum of £100,000 which was especially relevant in 2020 during the pandemic when profits dropped but the commitment aimed to continue their social cause. They have also reported check ins and updates at the sites of investment to observe the action in place.