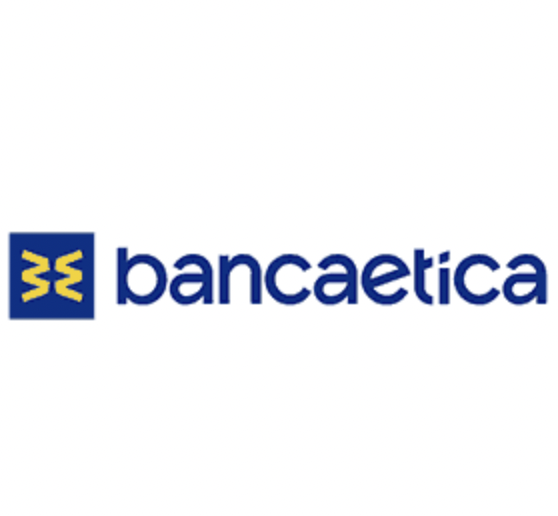 As its name suggests, Banca Etica is much more than a financial institution that provides traditional banking services for companies and individuals. But if I expected to find committed and inspiring initiatives, my research kept surprising me. Indeed, Banca Etica has created a real community in Italy where it is based, within a more extensive network with international connections, especially in Spain. Among other initiatives, it has developed its own socially and environmentally responsible investment model. With excellent transparency, it seems that Banca Etica is fulfilling its mission: aligning finance and ethics.

The bank has a solid social and environmental orientation, which combines responsibility, ethics and finance. As a cooperative bank, it is owned by 60 local shareholders groups and applies the “one head, one vote” principle showing its commitment to democratic practices. In other words, all the shareholders have the same right to vote on the General Assembly, regardless of their number of shares. With the savings it collects, Banca Etica finances organisations working in welfare, social economy, environmental protection, innovation, international cooperation and culture. Significantly, Banca Etica is the only bank in Italy that displays all its loans on its website - scoring high on transparency. Moreover, Banca Etica developed diverse instruments of “ethical guarantee” showing commitment to its cause and initiative. Unfortunately, regarding the bank’s physical cards, I could not find information on how they are made - unlike Triodos Bank, for instance, which dedicated an entire page to it and is very transparent about their production. Instead of using Polyvinyl chloride (PVC) deemed by Greenpeace as the single most environmentally damaging type of plastic like most bank cards, the latter uses a plastic substitute called polylactic plastic (PLA) made of renewable resources. But if I would like to see the bank explore this field, its outstanding attitude towards investments allows it to score really well. For example, thanks to the positive impact of its loans, Banca Etica’s credit activity has made it possible to avoid the emission of almost 5 thousand tons of CO2 equivalent in 2020. Details of the emissions emitted and avoided by the bank's activities are published regularly in their Impact Report. However, with its integrated balance sheet, it is possible to identify low profitability with figures such as a cost to income ratio systematically exceeding 70%. Banca Etica ultimately explains these results by the dynamism of ethical finance, which continues to grow and therefore does not lend itself to a downsizing policy, typically used to reduce costs. If it could discourage investors, the bank says it will remain committed to investing in its staff. Finally, Banca Etica was able to take pride in that direct deposits increased by 88% in the last 5 years compared to a 15% average in the banking system. Moreover, credits granted increased by 60% on this period despite the Covid-19 induced crisis, recalling once more its social commitment.

In this section, I would like to look at Banca Etica minimum standard policies. Banca Etica developed an innovative model for evaluating social enterprises - the VARI model, which stands for Values-Requisites Indicators. VARI has a straightforward two-step process, which makes its use relatively transparent and clear. The first step is to check minimum standards. The bank ensures that it does not work with enterprises that make health-damaging products, exploit and threaten the environment, lack respect for human dignity, have harmful political relationships and work in the maritime sector. If the enterprise meets these criteria, a second step checks whether it is aligned with nine core values following the first criteria. VARI was intended to be an evolutionary model to adapt to changing needs and values from the outset. Despite its social scope, Banca Etica remains a financial institution and must balance its considerations with economic ones, so it might have to compromise. But the fact that minimum standards are precisely stated and the transparency of the loans inspire trust. Not only Banca Etica offers traditional banking products and services aligned with social and environmental minimum standards, but it is also outstandingly people-oriented. It privileges relationships with its clients through a network of financial advisors and bank branches. Significantly, there is strong member participation in the bank’s activities. One of my most interesting findings is that there are 87 groups of volunteer members responsible for promoting ethical finance’s culture, in addition to the bank’s co-workers. The fact that it manages to mobilise volunteers shows the success of the social dimension of its project beyond the economic criteria.

Banca Etica was founded in 1999 by a big coalition of the major Italian social organisations. It opened a new branch in Bilbao (Spain) in 2015, and as of 2018, it had 309 co-workers. In many ways, Banca Etica is genuinely unique. Firstly, it has a very personal touch. On the “our history” section of its website, pictures and memories retrace its evolution throughout the years since its foundation. In the cooperative fashion that characterises it, there is a possibility for anyone visiting the website to download pictures and memories to contribute to the section. During the Covid-19 crisis, Banca Etica took part in a very original initiative, aiming at providing free online courses on a variety of subjects related to its activities - such as finance or economics. I found it to be an original and a valuable way to show solidarity during the pandemic. Its fundamental principles are stated in article 5 of its status - transparency, participation, equity, efficiency and sobriety. Considerations which, as I have pointed out in the previous sections, the bank seems to fulfill with flying colours. Even if it is comparatively a more minor bank, it presents itself as a network of financial services and cultural, environmental and human promotion, together with other institutions such as Etica SGR, Cresud, Fondazione Finanza Etica and Fundación Finanzas Éticas. Finally, Banca Etica is entirely independent, and my research did not lead me to find its involvement in any litigation or scandal. Therefore, it does not come as a surprise that, Banca Etica experienced a considerable increase in the volume of customer deposits and loans during the past financial and economic crisis.

Banca Etica About Us section <https://www.bancaetica.it/about-us>