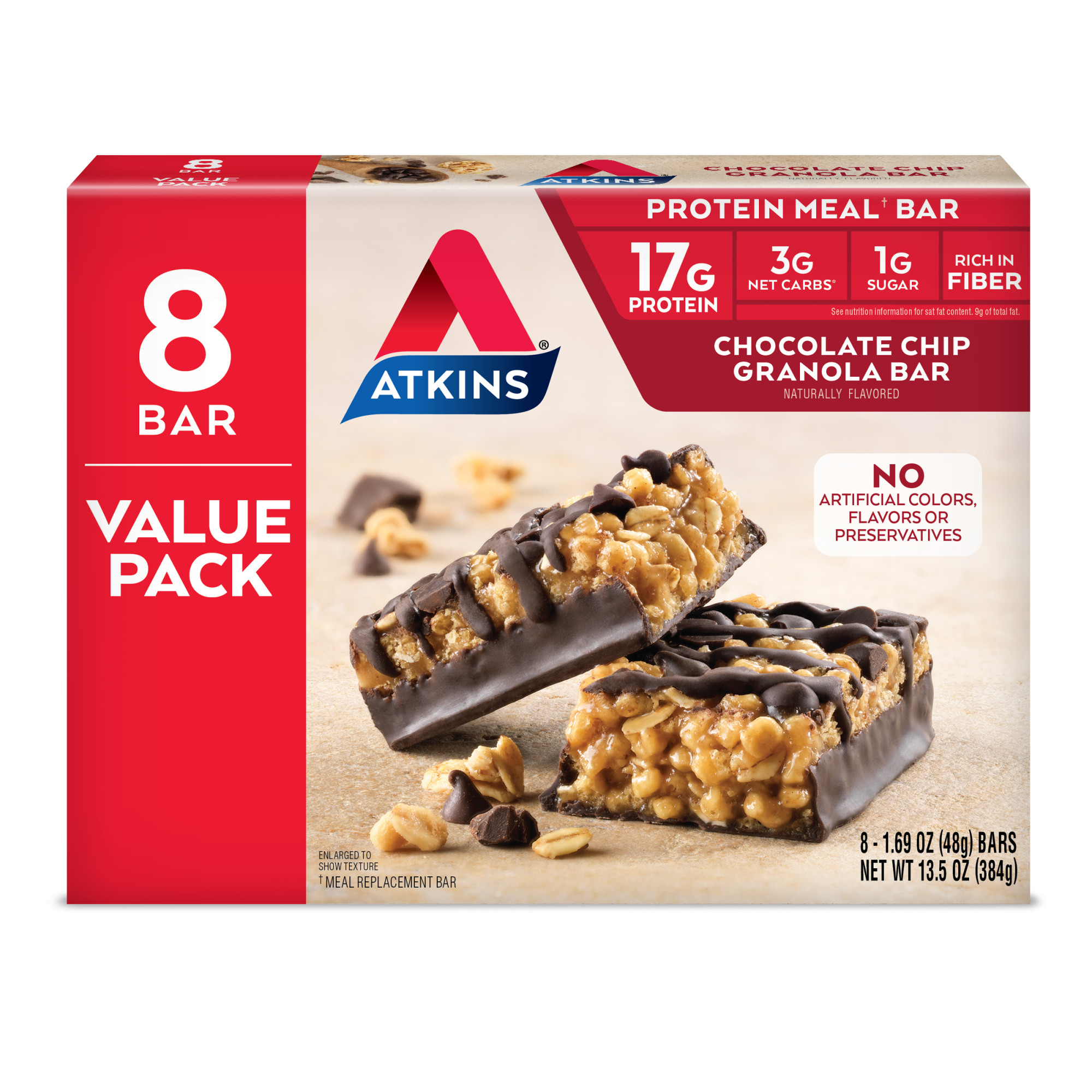 Atkins Nutritionals was founded in 1989 to provide low-carb food options for participants of the Atkins diet, and its product line has grown to include many types of shakes, dessert and meal bars, and snacks. Available in many department stores, like Wal-Mart or Target, it offers a simple solution to quick snacks or breakfasts. Some products aimed at improving health tend to also look at sustainability in a big-picture view of personal and planetary long-term health, but Atkins Nutritionals does not market themselves as focused on sustainability. This by itself does not mean that they have hazardous practices but could mean that environmental impacts are not something they keep in mind.

There are several flavors of the Atkins protein bar, but they all contain several grams of protein from soy or whey. Most of their bars also have some form of chocolate and cocoa, both of which are treated with alkali to slightly alter taste and make the ingredient more soluble in water for ease of production. The company also says that they try to use dairy that is free of added growth hormones and sourced locally, which would help reduce emissions and other resources from transportation. However, the criteria for dairy sourcing did not include anything about the practices of the dairy farmers that could impact environmental sustainability (e.g. feed production and handling, waste disposal), which indicates that their concern there is more about the transportation and product itself than the environmental effects, at least with respect to their ingredient sourcing. Additionally, many of the ingredients are processed, like artificial sweeteners and vitamin fortification. Although their processes for obtaining these additives are not mentioned, processed foods generally require a lot of energy to produce. Furthermore, their transparency about ingredients is only worsening. They used to print ingredient lists for every component of their bar; if something was used in the base and the coating and the topping, the ingredient would be listed three times. Now, however, they only list it once, which is especially affecting people who depend on the ingredient lists to look after their diet. There’s a general lack of transparency about sourcing, however, so forming further conclusions about their ingredients is difficult.

While their soy and whey protein extraction methods are not specified anywhere, the most common method involves isolating the target protein through alkali solution acid precipitation. None of their processes are detailed anywhere, but given that there is some sort of alkali involved around cocoa, chocolate, and the protein itself, it is very likely that there is some alkali residue somewhere along the process. This residue is often placed with waste, where it is very easy to mix with rainwater and contaminate nearby water bodies. Once it has mixed in, it can increase the pH of the water, decrease its oxygen levels, and increase the salinity, which all can be detrimental to inhabiting organisms. Once all ingredients are in place, the bars themselves are made and packaged on automated manufacturing lines, which leads to an increase in energy usage but also a decrease in contamination. The packaging comes from All Packing Company (APC), a carton manufacturer that purchases carbon offsets to support wind power. On APC’s behalf, NativeEnergy has bought Renewable Energy Credits for wind projects in Minnesota to cover costs of turbine maintenance and energy distribution to the local grid. While it is nice that Atkins is aware of their packaging company’s carbon offsets, it does not say anything about the energy usage habits of either company.

I have become wary of greenwashing, so I was pleasantly surprised when Jennifer McGhee, the vice president of Atkins Nutritionals’ Marketing, stated outright that one of their primary reasons for looking into more sustainable ingredients and processes was increasing consumer demand for greener products. It seemed like the company was honest about its reasons, and if they truly were looking to become more green for their consumers, then surely they would have easily accessible information to show that they were in fact keeping sustainability in mind. However, they had almost no information about what they were actually doing to achieve their goal.

I looked instead to their parent company, Simply Good Foods, which had more information about their general operations. Their headquarters in Denver has earned a LEED‐EB O&M Gold Certification for green performance. Although the certification itself does not offer too much, it gives the awarded buildings an opportunity to re-certify to ensure they are keeping up with standards, or go further for a LEED Zero certification, or register their building to expand the database. However, I noticed that Simply Good Foods has done none of these, which could be the result of the certification being recent. The report also mentions receiving an Energy Star rating almost every year since 2003, which does not hold much meaning without reporting the actual ratings. As of 2019, the building was in the top 6%, meaning they earned a Energy Star certification, not just a rating; this information makes me inclined to think that they meant to say certifications almost every year, not just “ratings,” as the possession of just a rating indicates absolutely nothing about the actual efficiency. If they were actually referring to Energy Star certifications, that would paint a much prettier picture, as that meant their building was more energy-efficient than 75% of commercial buildings.

While the existence of a rating does show some interest in sustainability, the report was full of such mistakes (here, either the omission of the ratings or saying “ratings” when they meant “certifications”). The report was created by Simply Good Food’s green committee, but the several mistakes throughout made me question how much effort they are willing to put into making accurate information accessible. For example, their report of carbon emissions did not even have any units: from scope 2, “228 CO2e”. Given the size of their company, I would assume metric tons, but the lack of any unit at all seems unprofessional. In addition to missing units, they also have incorrect units, as they report their electricity usage in cubic watt-hours. Their data of waste was also slightly confusing, as trash made up 70% of their waste, but their diversion rate was 32%. I am unsure where this extra 2% comes from–some trash could be sent to energy centers, but if so, why so little? And why is it not stated that it’s going there? If not, where is that extra 2% being diverted to? While these errors were minor, there were too many, given that it was just a four-page document. Assuming that the general information presented is accurate, however, they did seem to be using a fair bit of renewable energy, especially at their Denver headquarters, where it made up more than half of total usage.

While the company does not seem to be greenwashing, it also seems to not put much effort into being green in the first place; part of this might be due to their relatively small size of about 100 employees, but it is hard to tell with their lack of transparency about sourcing and processes.