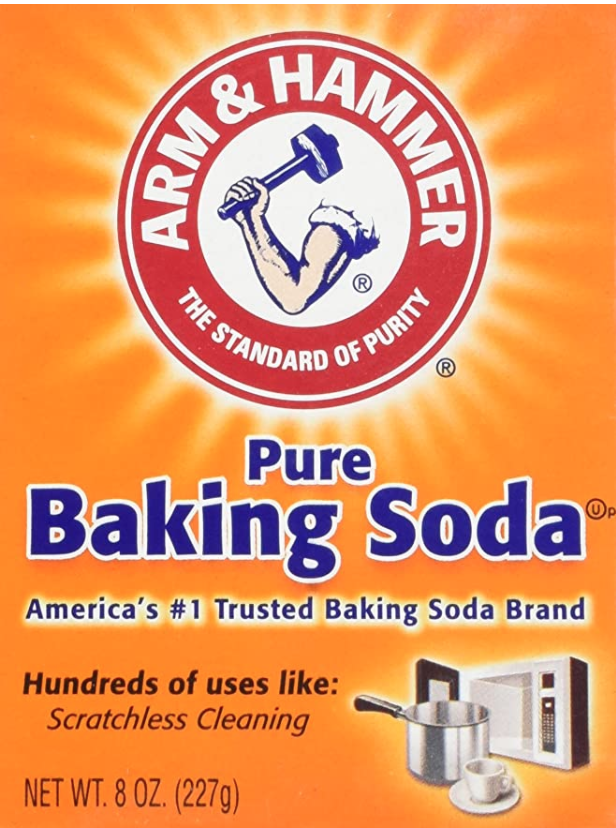 Baking Soda is a well-known cleaner, especially as a natural and inexpensive alternative to the multitude of vibrantly-colored, chemical-laden household products. Baking soda has 1 ingredient and has a relatively low-impact production process compared to the assortment of chemicals in other household cleaners. There is a plethora of information about the health impacts of sodium bicarbonate and very little about other cleaning chemicals. Arm & Hammer is actively working towards being an ethical and sustainable company. There is a comprehensive list of actions they are making to lower their impact on the planet. There are actions they could implement, like switching to renewable energy (instead of buying renewable credits), but, in general, they are doing more than most other related companies. Baking soda is a favorite for those who want to shift towards healthy and sustainable cleaning products. The simplicity of the product means consumers are more confident in the product than the scary alternative cleaning products. Baking soda can be used in a wide range of places, which cuts costs for many. It is an incredible product given its price, availability, and non-toxicity. There are a handful of negative effects in the production of sodium bicarbonate, but the effects are less than other chemical cleaners.

Baking soda is sodium bicarbonate (NaHCO3). The most common container for their baking soda is a 100% recycled paperboard box. This is comes in a range of sizes, all at reasonable prices and available at most retailers in the USA.

Baking soda can either be mined or made in a chemical process called the Solvay Process. Arm & Hammer get their sodium bicarbonate from the Solvay Process. The Solvay Process requires salt brine, limestone, and ammonia. These materials are readily available and inexpensive. The Solvay Process was created in 1861 to use recovered ammonia in the reaction creating sodium bicarbonate. By reusing ammonia, environmental pollutants are reduced. The main waste produced in sodium bicarbonate production under the Solvay process is calcium chloride (CaCL2). Calcium chloride can pollute waterways. The effects of calcium chloride vary on the type of waterway. Disposing of the calcium chloride in the ocean offers little environmental harm. However, if the calcium chloride is disposed of near coral reefs, underwater habitats can be negatively affected. Calcium chloride is most harmful to freshwater sources, which produces a toxic effect on aquatic life and cannot be removed from the water. Calcium chloride, however, is a more common pollutant when used as de-icing road salt. There are no Solvay Process plants in North America, so Arm & Hammer must outsource to other countries, like India, for “synthetic” baking soda. Arm & Hammer does not explicitly say where they get their baking soda (where it is produced and how the factories deal with waste), which is a significant unknown for a company built on baking soda. In facilities directly owned by Arm & Hammer, many steps towards reduced environmental harm are implemented. There have been full LED lighting conversions, reducing energy to decrease natural gas and electricity use. Efficiencies in transportation (trains over trucks, more stock shipped in each load) also reduce GHG emissions. Arm & Hammer has reduced water use by 25%, but most of the water used is in actual product ingredients (57%). Waste generation was reduced by 6.5% in 2019, with a goal of a 75% recycle rate (currently at 56.4%).

Arm & Hammer is “America’s #1 Trusted Baking Soda brand”. In 1846, Austin Church and John Dwight sold bicarbonate of soda (baking soda) for commercial use. In the 170 years plus, Arm & Hammer has become synonymous with baking soda. The company produces a wide range of household products, from baking soda to cat litter and laundry detergent. The products all include baking soda. Arm & Hammer markets baking soda as the ”For Everything“ soda, given baking sodas near-limitless uses. The Arm & Hammer brand relies on a centuries-old consumer base, as well as the natural, safe, and economical nature of the product. Arm & Hammer focuses on the purity and quality of their baking soda and has focused on environmental efforts for decades. Arm & Hammer instituted the use of recycled paperboard to package their products in 1907. Since then, there are many actions Arm & Hammer supported, from education about America’s bird populations, to sponsoring the first Earth Day. Arm & Hammer’s top production facility is a LEED-Silver plant. Arm & Hammer matches 100% of their energy with renewable energy credits, as well as offsetting their carbon emissions by funding the planting of trees. Arm & Hammer has six pillars for conducting business in a healthy, ethical, and sustainable way. Arm & Hammer is working to better all aspects of their supply chain, focusing on responsible sourcing, recyclable products, and energy use.