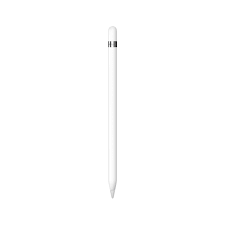 With an inherently unsustainable business model and closed-system, Apple releases more products than it repairs or disassembles each year. With high repair costs, most consumers buy new products rather than repairing old ones. This leads to increased waste and environmental degradation. Moreover, having a vast global supply chain, Apple releases millions of tons of greenhouse gases simply from transportation. While the company has improved significantly over the decade, it still contributes massively to environmental waste. While its pencil is slated to reduce pollution from tree cutting for pencils and papers, the entire supply chain of Apple remains incredibly harmful. Moving forward, Apple should expand the knowledge of its operating system to open markets because this will increase the ability for third-party repairs, which will reduce the product turnover rates and replacement dilemma. Moreover, Apple should focus on fusing a double-bottom line into their company, where their profits are just as important as their environmental impact. If money is all that Apple cares about, it can create a subsidiary that focuses on repairs for all Apple products ever made.

The Apple Pencil is constructed from plastic, gold, aluminum, lithium, and other metals. The only recycled material in the pencil is the silicon plastic that makes its outer base. The rest of the metals consist of extracted materials. The intensive extraction processes in Columbia, Argentina, and/or China lead to environmental degradation that includes soil erosion, loss of biodiversity, and worsened health outcomes for the workers and local population.

The Apple Pencil scored a 1/10 on its repairability from iFixit, meaning that if any software or hardware issues occur the Pencil is replaced by a new one--an unsustainable model. The Pencil has tips that become worn down from use, but these tips are both recyclable and replaceable. However, all other components of the pencil are not replaceable.

The packaging of the product is 100% green and 90% recyclable too, as Apple has transitioned to using recycled fibers for its packages instead of plastic—with all wood fibers coming from recycled and responsible sources

The Foxconn assembling factories--used by Apple to construct the Apple Pencil--have been accused of unsafe working conditions, worker abuse, and poor environmental stewardship. Moreover, Apple had been connected with child labor violations; however, Apple has stated that they no longer do business with third-parties who use child labor.

Finally, In 2018, Apple released 18.65 million metric tons of greenhouse gases, with 77% of these coming from transportation. With a global assembly line from South America to Asia to North America, Apple has a huge transportation carbon footprint.

Apple has been recognized by Greenpeace as the “greenest” technology company for the third year in a row, with 100% of its facilities running off renewable energy and a 2012 pledge to transition to low carbon designs, energy efficiency, and zero waste. Apple has reduced its carbon footprint by 35% since 2015, with emission reductions decreasing by 64% since 2011.

While Apple has reduced its environmental impact over the past decade, some of its products like the Apple Pencil and its inherent closed-system model continue to lead to unsustainable practices. By having a closed system, Apple blocks outside parties from gaining access and insight into its hardware, which leads to a reduced ability for repairs and replacements. Moreover, Apple products like the Pencil and AirPods cannot be replaced if a specific piece breaks, rather the entire product must be replaced--a wasteful practice.

In terms of social equity, Apple marks its computer prices higher than all of its counterparts. Its original model costs $99, a similar price to its competitors; however, its newer version is priced at $129. Moreover, to repair the pencil (which mostly consists of getting a replacement), it will cost consumers between $29 with a warranty to $109 outside of warranty. Apple is not affordable for the majority of Americans. With many replacements and new purchases instead of repairs, Apple releases more products into the ecosystem. While it disassembles 1.2 million devices yearly, Apple sells over 200 million new products each year, which I believe is an unsustainable business model. Apple should start to prioritize the continued use of its previous products rather than creating new products each year. This leads to high product turnover rates and increased product obsolescence.