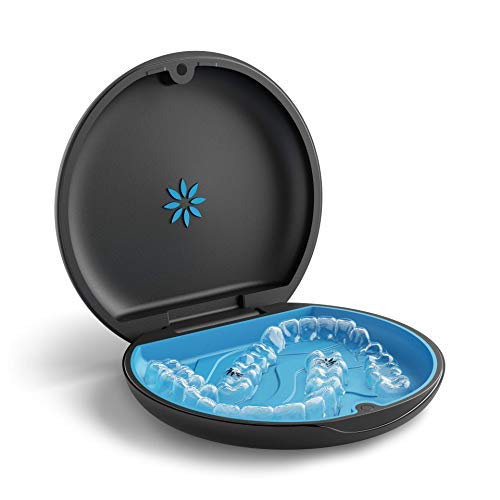 Is the Sustainability of Invisalign Anything to Smile About?

Align Technology claims to improve individual’s lives by improving their smiles, while simultaneously working towards goals of sustainability and social responsibility. Throughout my review of this product, these claims were brought into question. Align claims to be committed to enhancing their Environmental Social Governance (ESG) reputation and they have goals to align these with the Sustainability Accounting Standards Board (SASB) by 2021. While this claim is positive, they did not provide specific details of their ESG disclosures. On their webpage, Align has a section dedicated to their sustainability goals and achievements. The section describes their focus on lessening environmental impact from packaging, recycling and emissions. Despite all of Align’s sustainability and philanthropy claims, I found it difficult to fully buy into their efforts. Align fails to provide specific information and transparency about what the aligners are made of and how they are made. I encourage the company to increase their transparency in regards to the materials they use, where they are sourced from, and how exactly Align is implementing their sustainability and social responsibility programs.

At face value, it is difficult to consider Invisalign as sustainable from a raw material and biodegradable standpoint, because these dental adjusters are made entirely of plastic. Align Technology claims that their Invisalign clear aligners are the only company to use their patented material called SmartTrack Material. The website says that they researched this material for around 8 years, testing 260 different types of materials before they patented their product. However, Align is not upfront about what exactly this SmartTrack material is made of. This makes it difficult for the consumer to determine how sustainable the product is and if they should purchase Invisalign over other aligner products. However, after some outside research, I was able to determine that Invisalign aligners are made of medical-grade, multilayer polyurethane plastic that is BPA, BPS, latex and gluten free as well as FDA approved. Because they are made of multi layered plastics, they cannot be properly identified and cannot be recycled. Customers are told to throw their used aligners in the garbage after use. According to Design Life-Cycle, SmartTrack plastic mainly consists of polymer and resins which are found in TPU which contains MDA and MDI which contain Na, Mn, MG, and Fe. Design Life-Cycle states, “Gross air emissions associated with the production of 1 kg of MDI is ~3,265,041 mg of gases such as CO2, No2, NH3, and CH4.” CO2 gas emissions, in particular, damage the ozone layer and perpetuate the negative effects of climate change and global warming.  Also, the aligners are not the only source of plastic involved as each individual case is made majority of plastic. On their webpage, Align claims that they “reduced the amount of plastic used in our aligners by almost 50% in just over four years.” While this seems like a very positive step, they do not provide how they did this, what they replaced it with, or the original and current levels/amount of plastic used. While this is a step in the right direction, Align is still quite vague about the actual raw materials involved in the product. Plastic is made of fossil fuels that are not easily biodegradable which leads to their inevitable breakdown and multiplication into smaller fragments, or microplastics. According to the International Union for Conservation of Nature, “At least 8 million tons of plastic end up in our oceans every year” and “waste plastic makes up 80% of all marine debris from surface waters to deep-sea sediments”.  While they are vague in their claim of requiring “responsible sourcing” from their suppliers, they do state that they do not allow their suppliers to profit from the sale of “tantalum, tin, tungsten, and gold (‘conflict minerals’”) that fund conflict in the Democratic Republic of the Congo.” Align says that they require suppliers to source from socially responsible suppliers, however, by not being transparent and offering who their suppliers are and what the materials are, these claims remain just words and do not bear much power.

Invisalign aligners are made using scanning technology to properly fit the molding of your teeth in a way that slightly shifts your teeth into the desired positions. However, this product is not a one buy fix all. Each patient buys the whole program which consists of multiple trays that last around 2 weeks before they are no longer used. Each patient requires anywhere from 20 to 50 trays. The sheer amount of plastic, or SmartTrack Material as they call it, that is necessary for each person is astronomical. The short lifecycle of the aligners makes them unsustainable. Align Technology adopted the iTero intraoral scanner in 2011 shifting away from the previous use of dental gypsum plaster to form the mold. The scanners are manufactured in Israel and China which increased carbon emissions in the transportation of these products to the dental offices overseas. iTero is a digital scanner that takes many pictures of the patients’ teeth and mouth, then uses these scans to make the aligners. This transition from the plaster molds to the iTero scanner eliminates the use of hemihydrate of gypsum. Nature states “Dental study molds contain gypsum which, when landfilled with biodegradable waste, can produce hydrogen sulfide gas. Hydrogen sulfide gas is highly toxic and malodorous.” By eliminating the possibility of producing this toxic gas, Align has taken a positive step by reducing the mining and use of the materials used for the dental molds. The scans are sent digitally to their Treatment Facility in Costa Rica where the plans are created and ultimately sent to the Align Factory in Juarez, Mexico to create the models and process them to be packaged. Their manufacturing site in Mexico has received multiple awards for their environmental efforts, but they did not include specific ways in which their processes are sustainable. I was able to determine this information from a detailed production process YouTube video created by Align, however, it still remains unclear where the company sourced the plastics from and the processes they used to source, mold, and recycle these products. This lack of transparency is upsetting and takes away from the positive steps they are trying to employ. They have recently opened up new facilities and manufacturing sites that are closer to the customers in order to reduce the carbon emissions that come from shipping overseas. However, the majority of their manufacturing sites are still non domestic.

Align claims to have high levels of engagement and alignment among their employees. They also claim that “fostering diversity and encouraging inclusion in the workplace makes Align a more welcoming and enjoyable place to work.” They hold multiple awards for being a positive work environment. Align has spearheaded multiple philanthropic programs such as The Align Foundation, Operation Smile, Month of Smiles, and America’s Tooth Fairy, all working towards their values of improving the dental health of many. They support their claims of incorporating diversity and inclusion into their practices by emphasizing their Women in Leadership, Month of Wellness and Volunteer and Service Leadership programs all focusing on the wellbeing and diversification of the employees. However, they do not directly detail how there programs are working towards racial and gender equity and what exactly they are enforcing within and outside of these programs to specifically work towards social justice issues. This lack of transparency results in a lower score. There is also a lack of how the employees of the manufacturing factories in the Juarez, Mexico are being treated. They have formed a partnership with TerraCycle that is in the early stages of the program that “encourages customers to return used and unused aligners which are recycled in partnership with TerraCycle.” TerraCycle focuses on recycling materials that are typically difficult to recycle. This is a step in the right direction, but it is still in its early stages and they did not give any specifics on how the program is doing so far and the scale at which they plan to build this program.