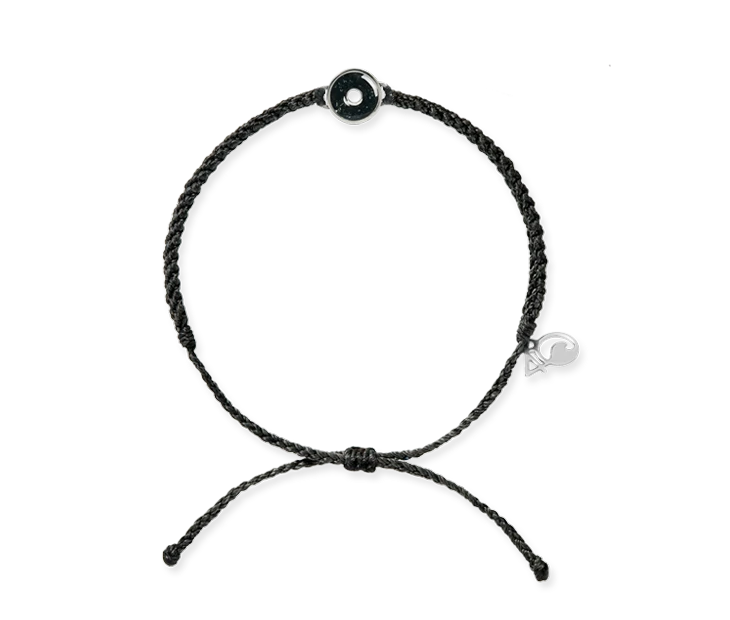 In recent years, jewelry has earned a bad reputation for its impact on the environment. Mining for precious metals such as gold or silver can often lead to toxic sludge, land erosion, and large amounts of carbon entering the atmosphere. But what if I told you there was a company that was exploiting the Earth for profit in a positive way? Yes, that’s right. 4ocean is the very first company of its kind whose business model relies upon capturing plastic pollution and selling it to consumers. In my opinion, however, the thing that sets them apart from the competition is their business morals and supply chain transparency. They list all the materials that go into making their products, as well as the process of assembling them (for the most part, that is). You can also find a laundry list of certifications on their website that prove their willingness to serve the environment and its people. For these reasons, I highly recommend 4ocean merchandise and believe they deserve a sustainability rating of 2.3 planets.

The main ingredients in the 4ocean Osborne Reef Bracelet include: plastic, rubber, epoxy and stainless steel. But don’t fret, because all of these materials have been repurposed from our oceans, rivers, and coastlines. If you’re familiar with 4ocean’s bracelets, you may be wondering why rubber is a part of that list. Well, in the 1970’s, a nonprofit organization made up of fisherman came up with the idea to dump used tires into the ocean and create the world’s largest artificial reef. With support from the public, state/local governments, and the US Army Corps of Engineers nearly 2 million tires were dumped into the Atlantic Ocean. However, their plan backfired on them as the saltwater corroded the restraints that held the tires together, giving the ocean currents a formidable weapon to destroy anything in its path. With this in mind, 4ocean decided to create a bracelet that features fragments of the reclaimed tires. While only a tiny fraction of it is made up of the actual tires themselves, the consumer can rest assured knowing their bracelet contains rubber recovered entirely from the seafloor.

Aside from the rubber, the bracelet also features 100% recycled plastic, stainless steel, and a plant-based epoxy to hold it all together. Surprisingly enough, only 5% of the bracelet’s plastic comes from the ocean, the other 95% is sourced from land. With a name like 4ocean however, whose mission is to eliminate all plastic pollution from our seas, it makes you wonder why most of the product is made with materials found above sea level. Moving on to other parts of the bracelet, we see that the bezel and charm are made with 100% recycled stainless steel. The charm helps add character to the bracelet and also allows them to increase their brand awareness. The bezel on the other hand contains crumbs of the actual Osborne Reef tires, which is arguably the most important part of the bracelet. Lastly, a plant based epoxy is used in order to ensure that the tire particles stay in place within the bezel.

One problem that I have with this product, is the lack of information in regards to the whereabouts of their materials. The company tells us that the tires come from the Osborne Reef in Fort Lauderdale, Florida, but does not explicitly say where they recovered the recycled plastic or steel. They tell us it’s manufactured in China, but that does not necessarily mean they are reclaimed there. It’s important to know where they get their recycled materials from, because it can also have an impact on the environment. For example, transporting materials long distances by boat can significantly impact the amount of GHG’s emitted into the atmosphere. Along these same lines, the type of plant used to make their epoxy is not identified. Even though it may be better for the environment from a biodegradable standpoint, whose to say the amount of water and land that was used to grow these plants outweighs the final product’s impact? This is not to take away from the fact that it is still one of the most sustainable products out there, but it would be nice to know where they get the majority of their recycled materials from for an even more complete life cycle analysis.

In order to make the bracelet, they first must collect the tires from the seafloor. According to 4ocean, “its a slow, arduous, expensive, and resource-intensive process”. Working 7 days a week, professional dive crews descend to the depths of the ocean to gather as many tires as they can. Using a specialized lift bag, the divers are able to float a handful of tires up to the surface where the captain can safely remove them from the water. Unfortunately, due to the conditions of the tires, 4ocean doesn’t have the ability to properly recycle them all. Therefore, they send their unused tires to the Solid Waste Authority facility in West Palm Beach, Florida where it can be used to power nearby homes and businesses. The one thing they don’t mention is how they actually recycle the tires that they keep for themselves. Given that the bracelet contains tiny amounts of tire crumbs, I’m willing to bet a large and energy intensive machine was used to shred them to pieces, releasing an unwanted amount of greenhouse gases in the process.

Making up the majority of the bracelet are the plastic cords, which are manufactured in China with 100% post recycled content. Using what is called an extrusion machine, 4ocean is able to make several different types of plastic resin. This helps to replace and reduce the use of virgin plastic. The first step in the process is to dump the plastic into the extruder, where it gets compounded and modified into plastic flakes. From there, it gets molten into long plastic strands that have to cool back down into a solid state before use. At this point, the plastic strands can be used as cords for a bracelet or go through a final stage that chops them up into small pellets for other purposes. Once they’re done in the factory, the cords are shipped to the main assembly facility in Denpasar, Bali, where a crew unloads the product and delivers it to artisans in remote villages. Of the 200+ artisans employed by 4ocean, 80% are women. Due to cultural expectations in Bali, women tend to be the primary caretakers for their family. By allowing their employees to hand assemble the bracelets in their homes and villages, 4ocean is able to empower more women to enter the workforce and earn a livable wage.

The two things that aren’t mentioned in the process of creating the bracelet are the stainless steel bezel/charm and plant-based epoxy. While they do point out that the stainless steal components are 100% post recycled content, they don’t mention how the charm or bezel is made. Therefore, one is left to assume for themselves that a heavy duty, fossil fuel guzzling machine was used to melt the content, extract the alloy, and shape it into various stainless steel pieces. Running into the same problem with the plant-based epoxy, I did some further research to see what type of plant is most commonly used. It turns out that oil from the castor plant is used for its natural bio-based resin properties. The castor plant is a highly practical alternative to petroleum-based plastic because of its resiliency in arid climate’s and ability to lower our carbon footprint. Not to mention, it creates roughly 700,000 jobs worldwide for farmers. All in all, 4ocean’s supply chain is fairly transparent. Even though there is room for improvement, as a consumer, I would still feel confident in purchasing their bracelet.

4ocean was created in 2015 by Alex Schulze and Andrew Cooper after going on a surfing trip to Indonesia where they witnessed a massive amount of plastic littered throughout the ocean. Inspired to make a change for the better, they joined forces with the local fishermen to start a business that sold products derived from the plastic debris collected out at sea. According to the company, for every item bought, one pound of plastic is taken out of the environment and reused. To date, 4ocean has removed 18,114,526 pounds of trash from our oceans and coastlines. They're also registered as a Certified B Corporation, balancing purpose and profit through legal accountability, public transparency, and environmental/social protection. If you go onto their website and click on the cleanup operation tab, you can read about the crew members and their favorite part of the job. One thing in common is they all have the biggest smile on their faces, which tells me they enjoy working for 4ocean and contributing to the health of their local community. The best part about 4ocean is their proven track record. They provide tangible data with certificates that show the exact impact their company has on the environment and its employees. From their green circle certification, global recycling standards, 1% for the planet, verified climate neutral+, and public benefit corporation status, you'll never have to worry about making a bad purchase.