we must support water protectors 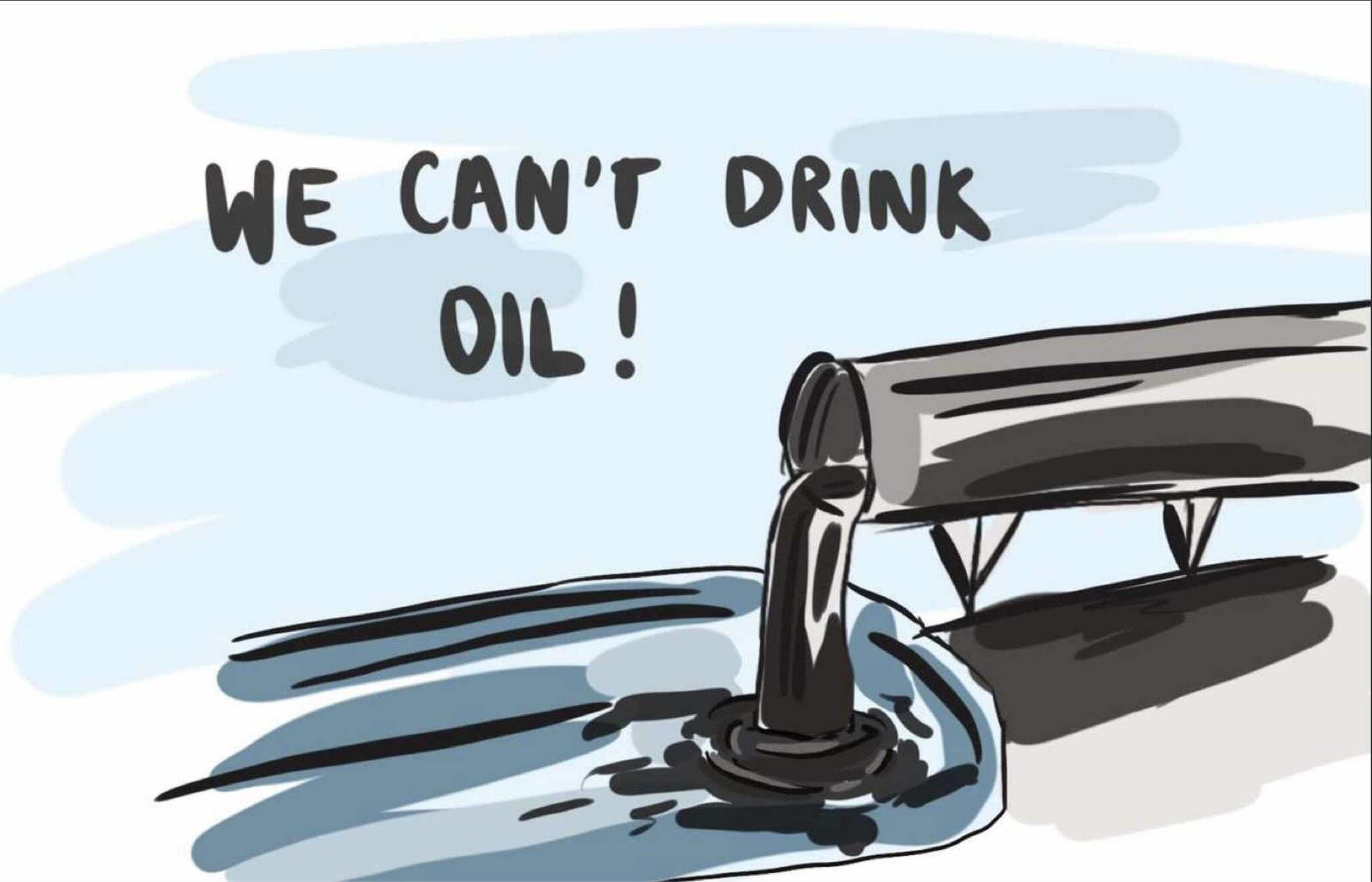 It’s no question, in 2021, that human action is the cause of the climate crisis. Since the industrial revolution, extracting and burning fossil fuels has contributed to much of the global warming we’ve experienced. The majority of our global society relies on these limited resources for energy and transportation, which must change! And we don’t have much time if we want to ensure a habitable planet for the next generations.

According to a recent study in the scientific journal Nature, we must keep 60 percent of oil reserves and 90 percent of coal reserves untapped from now until 2050 in order to have HALF A CHANCE of limiting global warming to 1.5 degrees C compared to industrial levels, as the Paris Climate Accords aspired to. In the context of the same study, this means that we have 12 years left of emitting fossil fuels at current rates for that 50 percent chance. This estimate has even been criticized for not being conservative enough. Therefore, it’s obvious that drastic change is in order. I acknowledge that this transition process is by no means simple or easy, yet it NEEDS to happen NOW.

Yet those who have control over this transition have completely dropped the ball. Governments and corporations are deeply connected (at least in the US, fossil fuel companies donate millions to political campaigns each election cycle), maintaining our reliance on fossil fuels. For example, the US government is allowing for construction of the Line 3 pipeline, which is Canadian oil corporation Enbridge’s largest project to date. The relationship between government and corporations is grossly exhibited by Enbridge’s choice to pay 750,000 dollars (as of April, I am sure it’s more now) to the MN police force to use teargas, rubber bullets, and arrest protestors who want to protect their land and water. Over 600 people have been arrested since December. So far, it strongly appears that the US government is choosing to value money over its citizens.

Line 3 serves as a replacement and extension of an existing pipeline that is old and corroding and no longer viable for transporting fuels. This new pipeline will stretch from Alberta, Canada to Superior, Wisconsin and allows for double the capacity of the original one. It will pass through three different indigenous reservations in Minnesota without consent from the indigenous peoples who live there. Line 3 promotes further consumption of fossil fuels into the future and, once operational, will significantly add to carbon dioxide levels in the atmosphere, which is NOT the direction that we need to be moving in.

Besides the air quality concerns, water quality is also threatened by this pipeline. From its location at the headwaters of the Mississippi, Line 3 puts an entire watershed at risk when it inevitably spills. Already, between June 8 and August 5th, Line 3 has spilled 28 times over 12 river crossings. There is not much information available about the volume of each leak, though they demonstrate that this pipeline is not as safe as Enbridge insists. This is especially horrible because freshwater is an extremely valuable resource, and absolutely necessary for human survival (not to mention ecosystem health in general). According to the EPA, 50 cities source from this watershed for drinking water. With increasing droughts and pollution, there’s no excuse for risking the health of the millions of people that rely on the Mississippi.

In addition to environmental and health concerns, it doesn’t make legal sense to construct Line 3. The Line 3 project is actually illegal, as it violates the Treaty of 1855 by going through land returned to the Ojibwe tribe, who are part of the Anishinaabe people. This treaty land is sacred to the indigenous people who live there and use the land for hunting, fishing, and growing wild rice which is a very important crop to the Anishinaabe.

If it weren’t for the indigenous community members who have consistently fought the construction of this pipeline, it would be running already. Anishinaabe water protectors have been organizing and protesting Line 3 for five years. These water protectors recognize the value of water and natural resources as infinitely more important than unsustainable gains from a dying industry. They deserve support and recognition for their efforts. It’s time for us to look to indigenous activists for climate solutions, rather than the governments that have established our capitalist systems of extraction and exploitation of the land.

It’s essential that we listen to and support indigenous activists who are advocating for a just transition away from fossil fuels. As stopline3 organizers know, it makes more sense to switch from fossil fuels to renewable energy as fast as possible. In fact, this transition would create more opportunities for employment than Line 3, which only creates jobs in an industry that we cannot rely on much longer. It’s time for the federal government to pay attention and halt Enbridge’s awful project, to pass the Green New Deal, and to move on to renewable energy sources, which are becoming more affordable by the day.