The supersized world of the superyacht 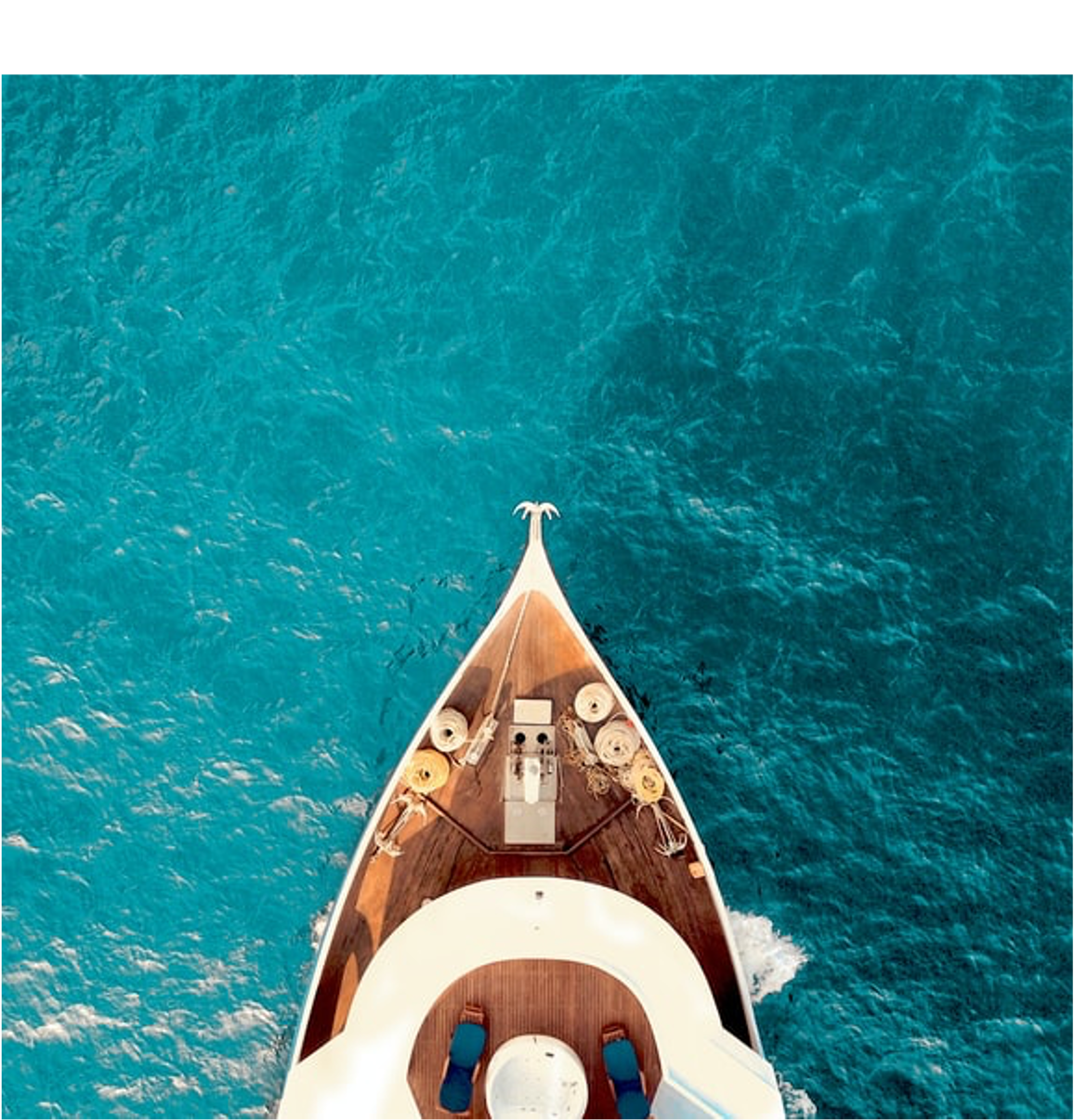 Some of you may remember in 2017 the record-breaking Christie’s sale of the painting Salvator Mundi, *allegedly* the handiwork of acclaimed Old Master Leonardo da Vinci. The painting sold at auction for a cool $450.3 million. So where is this priceless piece of 16th Century art now you ask? Perhaps you’re thinking it’s behind a 20ft thick titanium-enforced wall in an air-lock sealed, temperature-controlled vault hundreds of miles beneath the surface of the earth?

The painting is actually onboard Prince Badr bin Abdullah’s luxury superyacht ‘Serene’. Yes – I’m serious, this prized masterpiece is stored away on a private yacht in the middle of the ocean, and not just any yacht but a gargantuan 439 ft superyacht (for context that’s about three Mary Roses).

In recent years the world has seen a dramatic spike in the number of superyachts being commissioned, in fact as of May 2021 a jaw-dropping £1 billion has already been spent on these vessels. That’s right, in a year of mass unemployment and untold economic distress the worlds’ wealthy elite has splashed out on private cruise ships to jet around from the Monaco Hercules Harbour to the Porto Montenegro (huh.. must be nice). This surge in interest is evidence of a growing number of HNWI (high-net-worth individuals) each competing for the most conspicuous way to parade around their ridiculous wealth. I guess designer bags and flashy cars just won’t cut it anymore?

These floating monstrosities are a convenient way for the rich to live it up away from the prying eyes of others, the vast ocean is the perfect natural barrier to separate us and them. Fancy playing a game of basketball? sampling some wine? catching a movie? or just generally wasting space? Well look no further than business mogul David Geffen’s ‘Rising Sun’ superyacht, fully-equipped its own basketball court, wine-cellar, movie theatre and another 82 rooms to fill with all manner of pointless amenities! However, at a reported asking price of $590 million I think I’ll have to stick with my inflatable lilo.

But my issue with these ships (besides being humongous eyesores) is their impact on the environment. Why are these superyachts such a huge environmental headache? Well for starters they produce lots of nitrogen oxide which is not only responsible for the formation of smog but also creating the perfect conditions for algal blooms in the ocean (trust me this is really bad news). More recently, tougher legislation has been introduced to try and cut back their pollution, with plans to ensure the next generation of superyachts are fully-fitted with filtration systems. However, even these moderate reforms have been met with real resistance. Apparently the installation of this equipment would take up a lot of interior space aboard the ships – it might even displace an entire guest cabin (god forbid! That would only leave another 81 spare!)

But in the face of growing scrutiny the superyachting industry has tried to jump on the sustainability bandwagon beginning in 2015 with what was dubbed the first ‘eco-friendly’ (*really big air quotes here*) bespoke superyacht, the ‘Savannah’. So is this cutting-edge ship really the saviour of the yachting world? Well if you ask me the Savannah barely scratches the surface of the real issues at stake. It’s marketed as the first fully hybridised diesel-electric superyacht, instead of using a standard two diesel engine propulsion system the Savannah has just one with three diesel-electric generators and a mammoth 30-tonne lithium-ion battery bank. Admittedly, while lithium batteries are more energy efficient then nickel-metal hybrid batteries they still create a whole host of issues that make environmentalists everywhere collectively cringe. Just ask the people of the Tibetan town Tagong, whose local supply of fish from the Liqi river had been poisoned by a toxic chemical leak from the nearby lithium mine or even the Chilean communities near the Atacama region whose natural reserves of water are steadily being depleted as a result of the salt-brine extraction of lithium. And unfortunately, demand for these lithium batteries is only set to grow as the EU plans to introduce around 30 million electric vehicles onto the road by 2030 in a move towards ‘climate neutrality’.

Ultimately, Savannah’s hybridised system is supposed to improve the yachts performance and manoeuvrability which *should* cut down fuel consumption by 30%, however the ships’ manufacturers (Feadship) have refused to actually give an estimation of the superyachts’ overall fuel consumption (a little sus right?). Regardless, when you consider that the average superyacht burns around 130 gallons of fuel per hour, a measly 30% reduction does not detract from the fact that this is an incredibly resource taxing, wasteful hobby. For this reason, despite claiming to break new ground in the yachting industry the Savannah’s sustainability stats are pretty unremarkable, so forgive me if I don’t leap to my feet in a celebratory dance.

At the end of the day, from their carbon fibre masts, teakwood panelling and luxury leather interiors, every aspect of the 21st century superyacht is fitted with luxury in mind – not the planet. No amount of solar panels, exhaust filters or cutting-edge propulsion systems will totally offset their harmful impact. You only need to take a quick glance at any superyacht shipbuilding website to get a clearer picture of what really matters in the yachting industry, Feadship for instance proudly proclaim “We don’t build yachts to meet a budget, We build them to meet a desire”. It’s pretty obvious these companies are not really interested in reducing their impact on the environment, they want to create the perfect luxury experience for their elite clientele, whatever the cost.