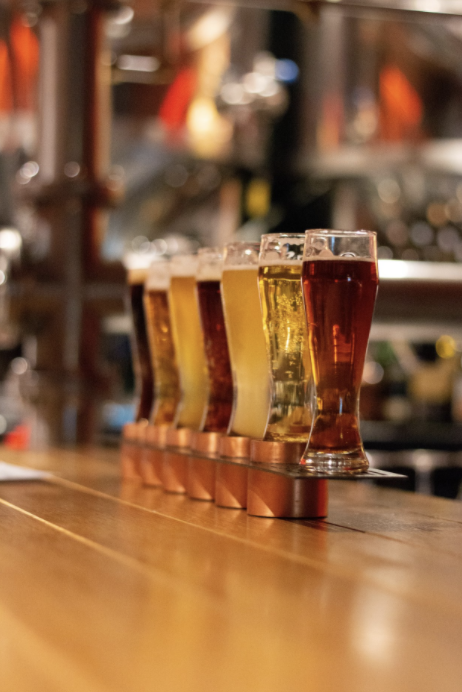 I’m just gonna say it: I love beer (I am 22 years old, no underage drinking here!). It’s the ultimate refreshment for any sort of party scenario. Specifically, craft beer has always been my go-to for the summer months, so I am no stranger to Brewdog.

I was actually able to go to a Brewdog brewery when I was abroad in Dublin. I have to admit, it’s one of my favorite breweries I’ve ever been to.

For how much I love beer, I know absolutely nothing about the production process, so we’re both gonna be learning something new here!

Beer consists of some pretty bare-bone ingredients: water, malt, hops (a type of flower), and yeast. All beer is generally made the same way, with the essential steps being mashing, lautering (essentially just a way of separating “the good stuff” from the byproduct), boiling, and fermenting. Obviously, some of these steps are pretty energy-intensive, and the fermentation process creates waste products such as malted barley and water.

This isn’t to say beer is entirely unsustainable and that there is no way around these setbacks.

To solve the energy-intensive issue, Brewdog sources almost all of its energy from wind power (remember guys, clean energy is available whenever we want it!). Not only that, but Brewdog is also in the process of developing an anaerobic digestion plant for wastewater.... now I know you’re wondering, what the heck in that?!

Anaerobic digestion is a natural process in which bacteria break down organic materials in the absence of oxygen. This process produces biogas that can be used as an energy source. I’m telling you guys, science is so cool.

Of course, there is still a lot more to be done to reduce the impact brewing has on the environment. Still, it’s great to see a company aggressively tackling these issues and working towards sustainability!